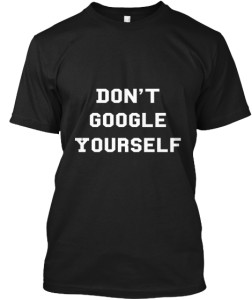 If you’re an author and you’re in the belly of writing a story, you’re obsessed with your characters. Truly. You think about them all the time. Everywhere you go, they’re with you. Like a pack of invisible friends. It’s a little strange and slightly creepy. That’s exactly where I was a couple of weeks ago. Thinking really hard about my work-in-progress. When all of a sudden, thoughts of Caroline Thompson emerged.

Some of you may know, Caroline Thompson is the main character of The Memory Box. The book I published two years ago. Admittedly, I used to be obsessed with her. Not a day went by, for months (years, if I’m being honest) that I didn’t think about her. But since the book was released, I don’t think about her much. Not at all, really. So when she popped into my head on a Wednesday morning a couple of weeks ago and stayed there for a few hours, it was out of the ordinary. I ruminated about her name. Her married name, her maiden name, her kids’ names. I was working on a new story and I was stuck on a character’s name and backstory. That’s what got me thinking about Caroline.

All this brainstorming was cut short by a dentist appointment. After the appointment, I jumped in my car. Before pulling out of the parking lot, I checked my phone. As I scrolled through, I stopped short on a name I had never seen before in my emails. Caroline Thompson. I’m not kidding. I got an email from Caroline Thompson. I let out a scream. My eyes grew wide. My hands started to shake. Was she alive? Was she getting in touch to say she was okay? Was she answering my questions from that morning? For a split second, I actually thought the email was from fictional Caroline. I was officially freaked out.

Before I opened the email, I hesitated. Thought against it. Maybe it was a trap. What kind of trap? I didn’t know. At second thought, a trap seemed paranoid and silly. So I opened it. What follows is wacky. And perfect. Maybe destiny.

This Caroline Thompson explained to me that she’s a writer for VICE Magazine and she has a Google alert for her name. One day, a few weeks ago, she found an alert email that said: “Caroline Thompson Googles her name and discovers the shocking details of a past she doesn’t remember.” She freaked out. Was she reading about herself? About what she’d find in a Google search about herself? Was there something terrifying about her past that she didn’t know. She was officially freaked out. She clicked the link which brought her to a story I wrote: How Well Do You Know Your Spouse? That’s where she found out about The Memory Box and fictional Caroline Thompson (who also, by the way, was a journalist….).

This experience opened up a crazy Pandora’s Box of stuff for the real Caroline Thompson after she bought and read The Memory Box, which she writes about in an article for VICE Magazine. She interviewed me for her story to ask about how I named Caroline and why I chose that name. She asked me what I thought about coincidences and the way she discovered her fictional self. She asked me if I thought there was a lesson that she should take away from fictional Caroline. You can read it here: Discovering a Fictional Version of Myself Freaked Me the Fuck Out. It’s a fascinating story in which she confesses to more than one similarity with fictional Caroline Thompson. And it proves something that Caroline knows all too well: Be careful what you search for. Which Caroline, you ask?