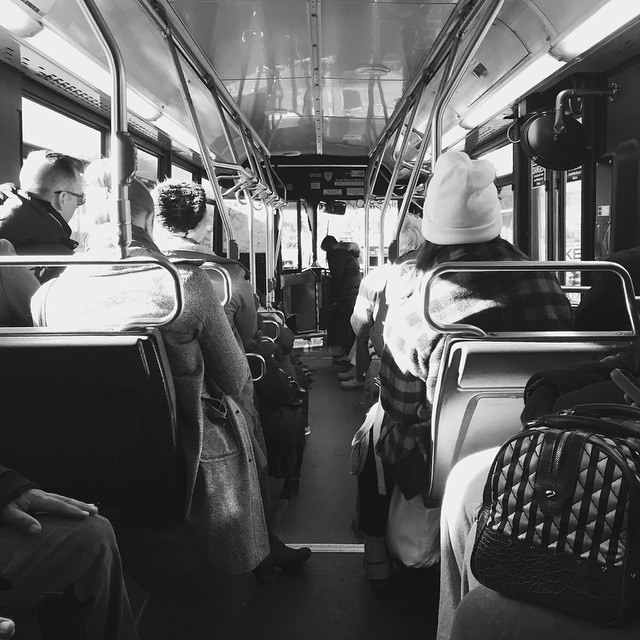 When I lived on the Upper West Side, I took the 79th Street crosstown bus to my office on Fifth Avenue. I had many choices of transportation, but I favored the M79 particularly because if I took this bus from Columbus Avenue at around eight o’clock in the morning, I’d have the pleasure of riding with a group of young children traveling with their parents or babysitters across Central Park to school.

One such morning, I boarded the bus and there were two children in the front seats that run along the windows in a single strip. These children were sitting backwards in their seats, kneeling actually, with their tummies pressed against the seatbacks while looking out the huge windows. The girl, who was not quite four, squashed her nose against the glass and her brother continue reading