Lead a man to directions, but don’t expect he’ll follow them. 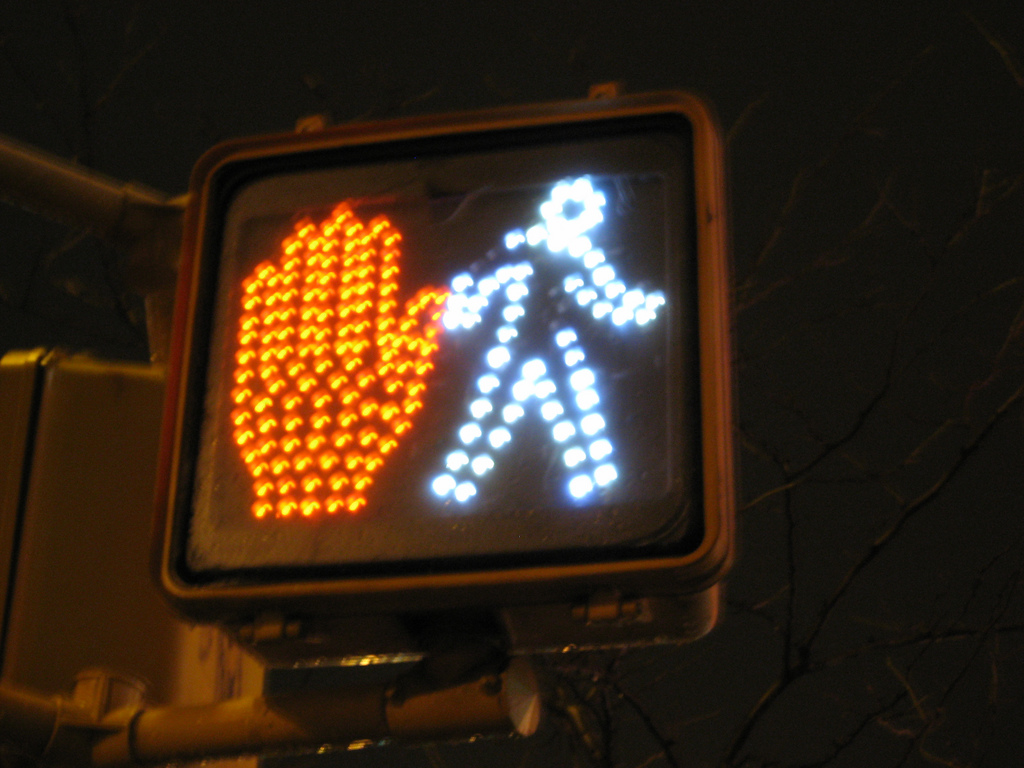 The night of my son’s 14th birthday, he chose to have his celebration dinner at a restaurant in a town about 25 minutes from our house. Typically one would get there by taking the Garden State Parkway for about 10 minutes and exit onto a very busy 3 lane highway for the rest of the trip.

My husband agreed to this choice under one condition: we take the back roads. No parkways or highways. No shopping crowds or traffic lights. No Saturday night crazies. Back roads only.

“But the last time we tried that we got lost and you got irritated and dinner was, well, unpleasant,” I reminded.

We climbed into the car with rumbling stomachs at about 6. Our reservation was for 6:30. I got behind the wheel as I usually do since I get car sick at the mere mention of a road trip. My husband quickly programmed the G.P.S., or Bev, as we refer to , it.

Bev chimed in right away. But we really didn’t listen since we knew the way around our own town. My husband told me to drive to my daughter’s school and he would direct me from there.

Early on I had a hunch things would not go well when Bev and my husband spoke simultaneously. I found myself straining to hear what Bev said to see if she contradicted him.

“Don’t worry about her,” he said with a wave of his hand.

(Just a side note. If you were in our car, you’d think this funny, because the voice coming from our nav system is male, though we call her Bev. We actually switched the voice to a female voice for a while, which our G.P.S. allows us to do, but the directions she gave us were horrific. Like when she expected us to drive over train tracks or brought us to the edge of a pond. That’s when we switched the voice back to male and everything was fine. Good directions. It was clear that we got a nav system which identified female, though she’s a factory born male.)

Hubby said, “Just go to the end of this road. We need to go a little farther west before we head south.”

Bev did not agree. “Recalculating,” she quickly chimed.

But I stuck to this road, nonetheless, winding through a residential area, dark already yet it wasn’t very late. There were no street lights, no house lights.

The car rattled and bumped causing me to slow to a crawl as I navigated a street whose black top was raked in preparation for repaving.

“Jeez,” hubby said. “This street wasn’t like this on Monday. Alright, let’s get off this street, turn left.”

“Recalculating.” She was now annoyed.

“Take this to the end,” said my husband.

The end came fast and brought us to a dark, one lane stone-covered bridge. It didn’t look like a bonafide street or feel like one either, as I sensed the surface beneath the tires shift to what felt like dirt. There were no cars in sight.

“Should I go through or turn around?” I asked.

“Go through,” he said with certainty.

Bev was not happy with that choice.

“Bev says to go the other way.”

“It’s alright,” implored my husband, “Go through. And hurry. A truck’s coming this way and only one of you will fit.”

God, I hate it when they don’t agree.

I shot through the bridge like a shucked pea and tried to keep the peace between those two, bobbing and weaving her “recalculating” and his “don’t listen to her.”

Then, curiously, we drove for a long stretch during which neither of them spoke a word. Odd, I thought. We must be really, really lost. Thank god the kids knew better than to tell us how hungry they were.

After what felt like a couple of miles, Bev’s voice severed the silence.

“Drive one mile. To destination. On left.”

My husband took out his phone. “I told you I’d get us there.”

“Yes, you did.” I said, sneaking a peek at the dashboard clock. “Who are you calling?”

“The restaurant. Gotta make sure they didn’t give away our table.”